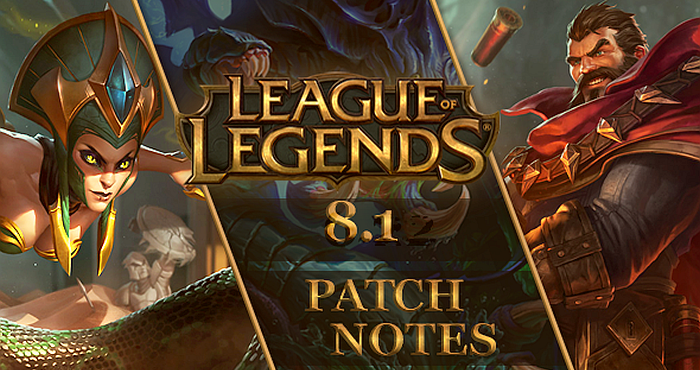 After about three weeks, it is time for season eight and the excitement is up. With a new season comes new items, changes, champions, balance and a brand new ranked season. Looking back, the first 2018 patch fixed some of the problems from 2017. Zoe gets nerfed, many of the bugs have been fixed and Jax gets treated fairly.

The ranked season actually starts on January 16 and we start the season with this patch. While the season does not bring a lot of changes, Challenged players will now be able to duo que together.

While Patch 7.24 may have nerfed Zoe a little bit, it did not make her very much less frustrating when you are playing against her. This patch still has her ranked higher than any other champion in lieu of ban rate. However, Riot heard the cries and is looking into some of the traits that make her so annoying.

One of the biggest changes seen that the Sleepy Trouble Bubble, once it makes contact with the ground, will now take longer to actually turn into a trap. Her Paddle Star, Portal Jump combo is also changing, becoming a bit easier for enemies to see, and likewise, to predict. With these changes, Zoe should be a bit easier to face, as it will be easier to dodge some of her abilities.

When launched, we have to admit that the honor system was not exactly great. Honestly, it still is not. Riot has agreed, though, and some big changes are coming for 2018. Now, there will be a checkpoint system and you will be able to tell how far away from your next honor level you actually are. Better still, you will get rewards the further you are able to go. With all of these things working together, that honor should begin to feel more meaningful and not just random.

Riot has considered the fact, too, that there have been a lot of bugs, and they are going to take care of many of them with the 2018 kickoff. This patch not only addresses a lot of champion bugs, but also bugs in runes and skins so that everyone will have a fairly clean path, moving forward on their journeys.

Since Jax is so good, he could easily kill everyone if he actually had a real weapon. Because of this, he uses a lamp so that he will have a challenge. The new skin, God Staff Jax, will closely follow the God Fist Lee Sin and give Jax his full power.

Posted in News Tagged with: Patch 8.1