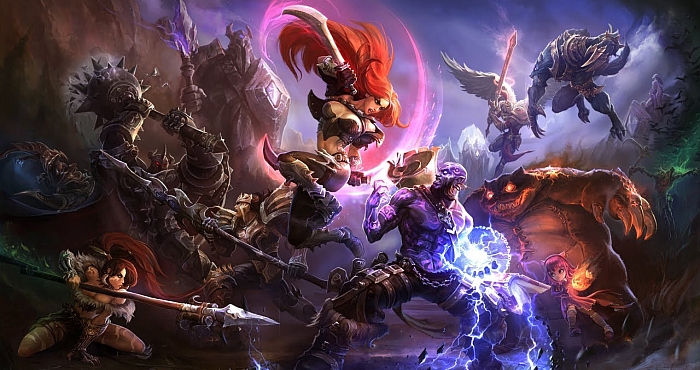 League of Legends, created by Tencent’s Riot games, started out in 2009 as a modest group of gamers battling each other on desktops. It has since evolved into a kind of cult and ranks among the most popular video games in the world. The crazed fanbase can now participate and be a part of large production tournaments consisting of gamers competing against each other on giant screens in hopes of winning the especially designed, coveted trophy aka the Summoner´s cup. This monster of a trophy, initially weighing seventy pounds and subsequently sent back to its origin-a British company named Thomas Lyte-with instructions to shave off some pounds. The enormous creation weighs double than hockey’s Stanley cup. The trophy came back weighing only five pounds less, but it is still a much-desired commodity. There are now hundreds of professional players who engage in this virtual battle as a full-time profession.

According to Riot Games over 30 million people worldwide watched a team from South Korea destroy their competition and take home the Summoner´s cup last year at one of the largest tournaments in Los Angeles. 90% of League of Legends gamers are male and range in age between 15-25. I know, big surprise there.

LOL is not only a part of e-sports, but has ceased control of most of its operations. E-sports encompasses online games that resemble traditional sporting games, except for the lack of actual physical exertion nor fitness being a requirement. Just as conventional sports, e-sports involve playoffs, a fanbase, the creation of superstar players, uniforms, as well as such concepts as upsets and comebacks.

In terms of League of Legends, as I mentioned above, players require only to operate a mouse and keyboard. No need for athleticism here. Players, in true nerd fashion, are equipped with outlandish weapons and engage in virtual warfare in fantastical forests. A standard match consists of a team of five attempting to annihilate the opposing team´s nexus. Well, what´s a nexus you might rightfully ask. It can best be described as a contrived purple entity with a cheesy glow.

E-sports preceded LOL by approximately a decade. However, LOL has pretty much taken over with un- paralleled eagerness. Riot now dominates every aspect of the professional league right down to the music to be played at tournaments. Riot´s enthusiasm has gone so far as to keep hundreds of gamers on salary allowing them to practice as much as fourteen hours a day to reach their highest competitive skill level.